A friend kindly donated a Demon NAND and CR4-XL along with all the available QSBs. I've installed both and I'm now unable to get the Xbox to boot Xell. I can set the Demon to read from the stock NAND, and the stock dash will load. However, if I try to boot Xell (I've been writing the "Corona_16MB_CR4.ecc" file to the Demon's secondary NAND), the 'debug' LED on the CR4-XL stays on 3 seconds, briefly goes off, and this is repeated forevermore. I have the CR4-XL set to 3 and 8. I added a small capacitor (10 pf - smallest included with the CR4-XL). I am able to read from the stock NAND (and compare) fine. I am able to write to secondary NAND, I just can't seem to get the console to glitch. And I haven't been able to work out if the LED staying on and briefly cutting out (flashing in reverse) is a sign of any particular issue. Could the Demon NAND install cause this or is it likely an issue with the CR4?

I've redone the wiring on the CR4 (on both the chip and console side), as well as added the postfix adapter (I had one and I thought I'd see if it made a difference, after numerous failed attempts at boot). Pics enclosed. As I haven't done an install previously, I don't know if I'm missing a step or if the debug light is actually telling me something. Pics are from original attempt at install. Wires should be a little tidier now and the yellow is now going into the postfix adapter (second last pic). I'm getting 34.5K resistance between it and ground, which is the same as when it was soldered to the pad originally.

if you need any output from JRunner, just let me know. I wasn't exactly sure what I should try installing or clicking on, to know what would be useful output. 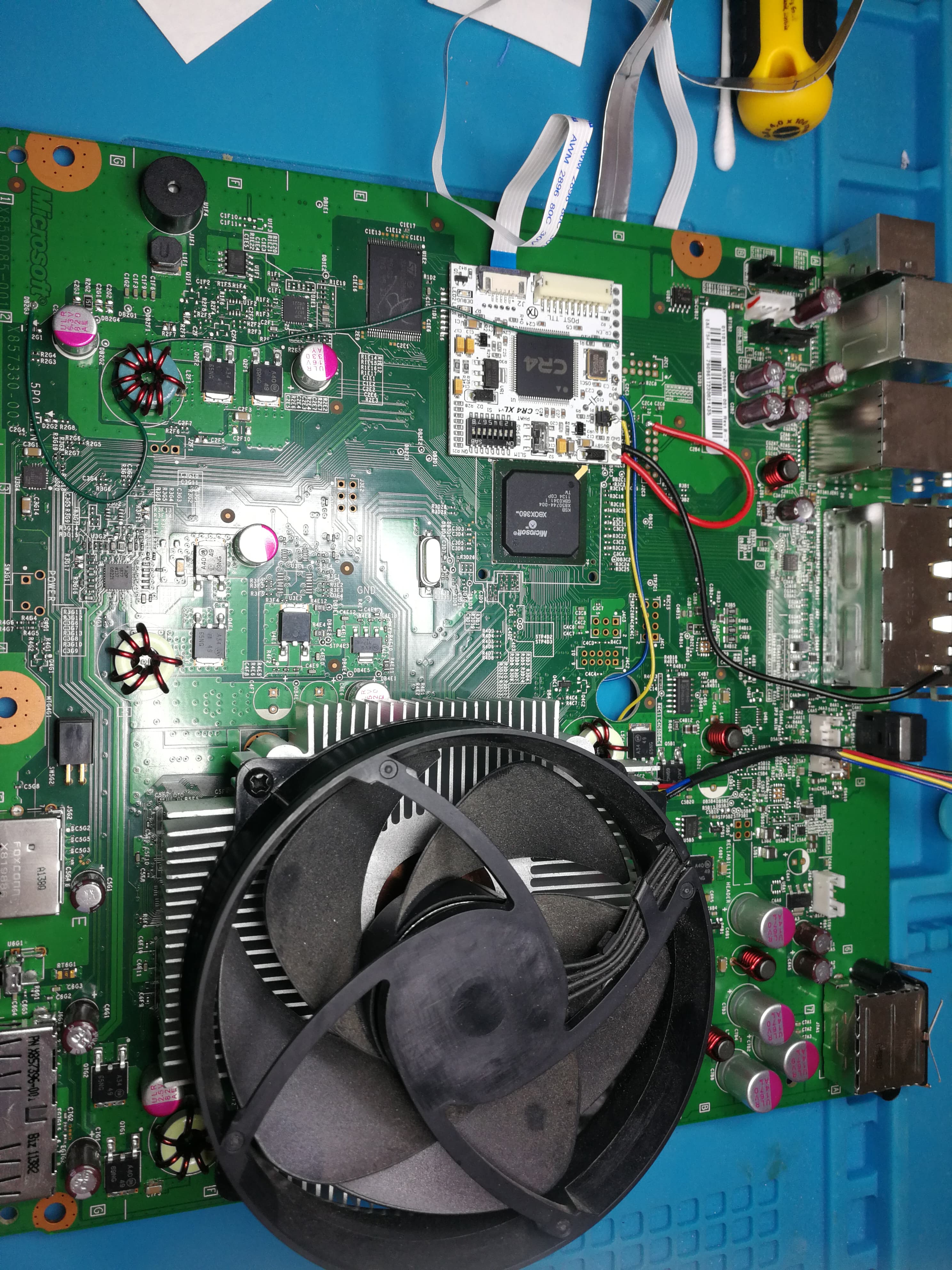 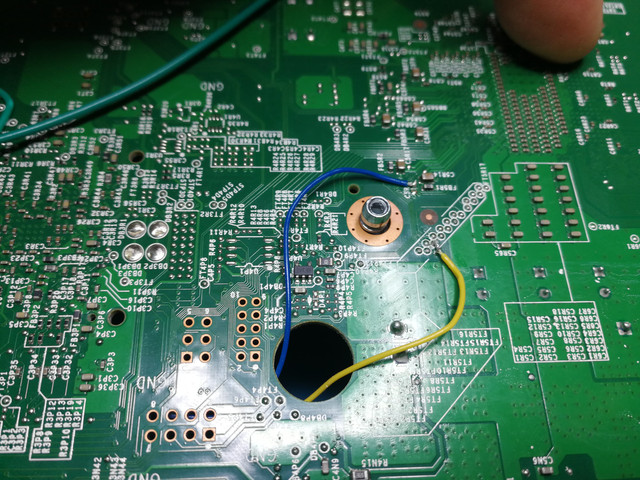 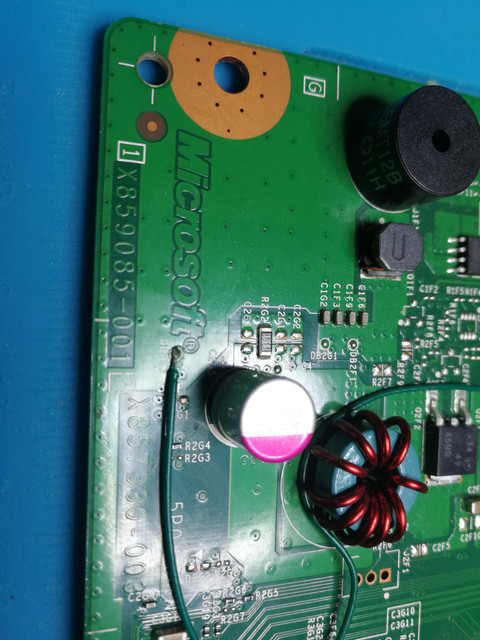 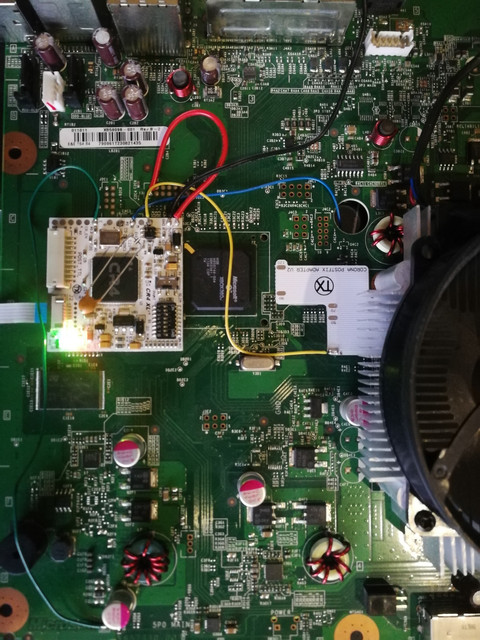 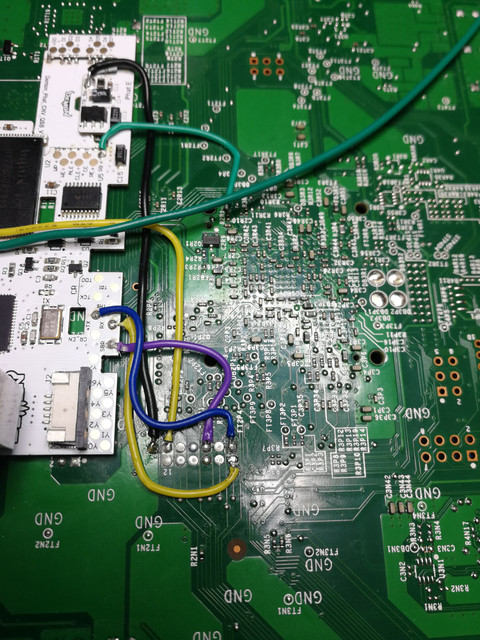 UPDATE - After attempting to flash the ECC again, I left the xbox on for a number of minutes, incase the glitch was just slow. It now won't start up at all. There's still lights on the Demon and CR4, but I cannot get the fans to start. Pressing the power button results in a beep as if it wants to startup, but nothing happens. Same with both stock and Demon NAND
Last edited: Apr 17, 2020

The console stopped turning on and I could no longer read/write to/from the Demon NAND. I ended up having to remove the Demon NAND and the associated QSBs. I had my 3 & 8 set for most of my testing and postbit set to 0, with no joy. I think the stock NAND got corrupted as something went wrong with the Demon. I can now write to the Demon, with it completely removed (in PC mode) but still had errors when only the QSB remaining.

I'm going to try flash the stock NAND with a differenet flasher (seeing as I couldn't use the Demon anymore). I re-flowed every single connection on the Demon and checked all of the wires for continuity/bridging, and everything seemed to be as it should be.
I

Hi,
I have a corona x360 with the latest firmware and I want to buy a S-RGH/muffin to unlock mine. But I can't find it anywhere, so do you guys know anywhere where I can buy it?
P.S.: I live in South America, so I need a website with International Delivery

imarockstar said:
Hi,
I have a corona x360 with the latest firmware and I want to buy a S-RGH/muffin to unlock mine. But I can't find it anywhere, so do you guys know anywhere where I can buy it?
P.S.: I live in South America, so I need a website with International Delivery
Click to expand...

Request For Service Or Item

Looking for a professional to flash your drive or repair your Xbox, or just need a missing part? Post in here - make sure you say where you are from in the thread topic.